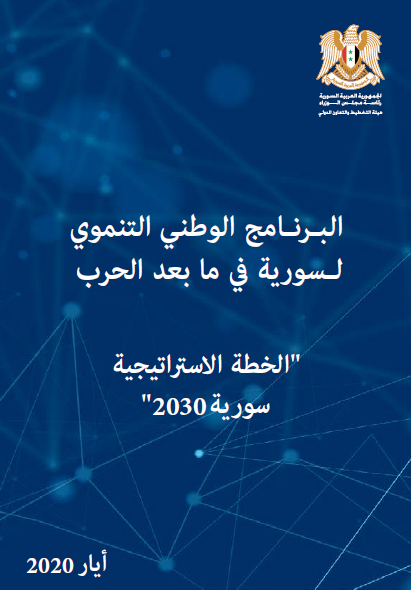 Syria's post-war National Development Programme (NDP) is the programme from which the Government will derive its medium- and short-term plans and, at the same time, is a consultative framework for the private sector and civil society in the formulation of its programmes and plans.

The program included a summary of the main findings reached at the stage of analysis of Syria's development situation between 2018-2020, which depends on the outcomes of this situation and the overall and phased objectives reached, and then the indicative policy proposals associated with these visions and objectives to finally reach the package of projects that form the operational framework of the program.